KERNERSVILLE, NORTH CAROLINA – For two years, the commercial construction industry in North Carolina has been strung between the poles of overwhelming demand and compounding supply chain issues. Hanging in the balance between those extremes has been the drastic escalation of material costs.

“Early 2021 is when we first got hit with material price increases on metal studs and decking,” said Kevin Masten, ownership partner at Fourth Elm Construction in Kernersville, North Carolina.“It was an anomaly no one expected, clients, subcontractors, no one was ready.”

Along with so many others in the construction industry, Masten wonders how long the surging material prices will last and when they will settle back to normal.

He reminisced, “Before 2020, price increases would occur in January, and you could call someone back 6 to 8 months later and it would still be good.”

Demand in the industry has consistently moved up and to the right. But, while many construction projects have been on hold since prices began increasing, current demand for new projects has not eased, adding to the demand that has been pent-up since the beginning of the Covid-19 pandemic. Moreover, in November of 2021, US Congress approved an infrastructure spending bill with a price tag of approximately $1 Trillion for transportation, broadband, utilities, roads, bridges and other major infrastructure projects. According to the United States Construction Industry Databook, the industry is expected to increase 5% in 2022 and 5.5% in 2023. While the infrastructure bill is intended to help alleviate supply chain concerns, it is concurrently generating more demand.

Business insider reported that in 2021, more than 90% of builders reported project delays due to shortages or lack of materials, prompting fear that any future bottleneck would only make material cost increases worse as demand doesn’t seem to be ebbing.

Ken Simonson, Chief Economist for the Associated General Contractors of America, said he is optimistic about growth in the industry, but realistic due to persistent supply chain issues.

“There’s still a lot of demand – I think that we will continue to see strong demand for many kinds of construction materials along with continuing price increases,” Simonson said. “The takeaway is to expect [material] prices to continue to move — sometimes dramatically.”

Even a basic knowledge of economics understands that when demand is high and supply is low prices are going to skyrocket, and according to leaders in construction economics, prices can be expected to continue to move dramatically.

The global steel market has had to rally over the past month as the war in Ukraine and Russia led to a spike in raw material costs of pig iron – one of the key raw materials in steel making. Together, Russia and Ukraine account for 60% of US imports of pig iron, the supply cut from both countries has contributed to higher steel prices.

Cement and concrete products have already seen a 3% increase in pricing from Q4 of 2021 to Q1 of 2022, and it is forecast that they will climb another 7.7% by the end of this year.

“Everyone’s been saying that there’s gonna be a recession since 2015,” said Masten. “I’d say more things are in line for something to happen now than I’ve seen in a while. With interest rates going up, with material prices as high as they are, with labor shortages the way they are, super high prices on property, everything seems to be aligned for some sort of correction. Will it happen? I don’t know.”

Beyond a windfall demand and increasingly complex supply chain issues, there is an even more nuanced, potentially more dangerous problem beyond price escalation – a shortage of skilled labor.  One cause of a struggling labor market was early retirement by baby boomers during the Covid-19 pandemic. According to the Center for Disease Control and Prevention, the industry’s average age of retirement is 61, and more than 1 in 5 construction workers are currently older than 55, meaning approximately 20% of the construction labor market is on it’s way out if it’s not out already. 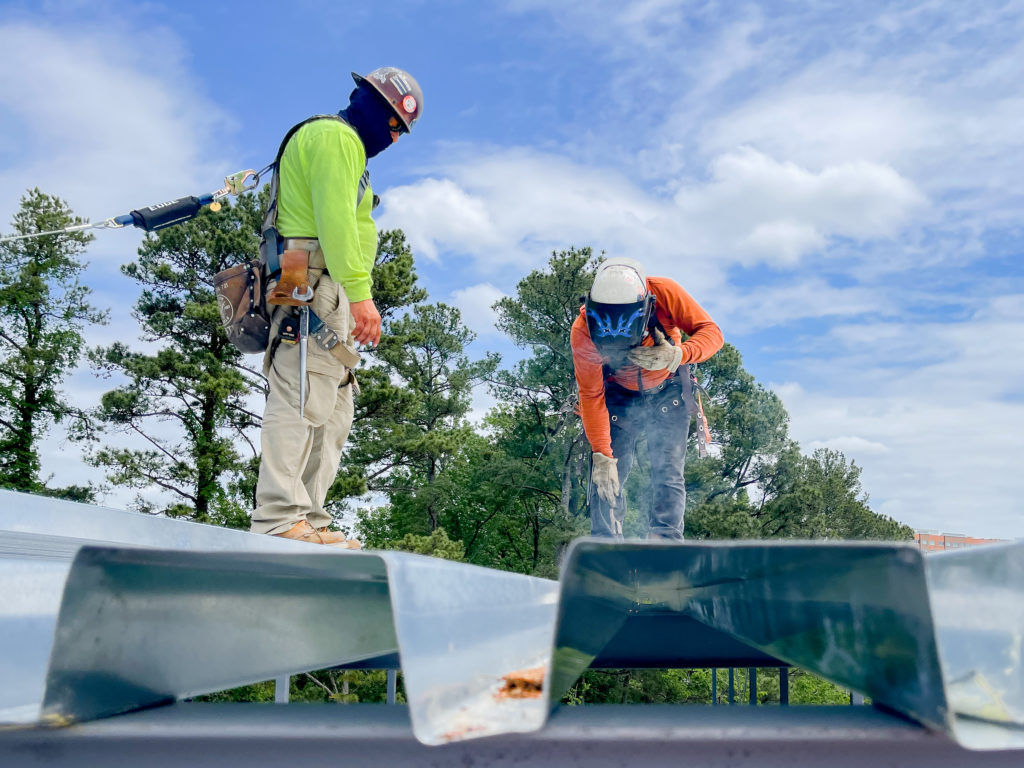 Additional causes of the skilled labor shortage are slower legal immigration and blighted interest among potential laborers from Generation Y. Construction has traditionally been an open door to migrant labor, a pathway to middle class and entrepreneurship. With less immigration, America’s labor pool is shrinking and we have yet to see an influx of a younger generation interested in construction.

“The number of construction workers ages 25-54, fell 8% over the past decade, meanwhile, the share of older workers exiting the workforce soared,” said ABC Chief Economist Anirban Basu. “The workforce shortage is the most acute challenge facing the construction industry.”

The industry needs to attract the next generation of workers, while competing with new and growing industries that also faced shortfalls during the pandemic.

“We estimate that we need more than 61,000 new hires every month in construction to keep up with the industry growth and the loss of workers to retirement. This will require an additional 2.2 million new hires for construction from 2022 to 2024,” said Danushka Nannayakkara-Skillington, Assistant VP from the National Association of Home Builders.

What does optimism about growth while remaining realistic about headwinds look like? Masten said it looks like a ton more work. He’s had to change the way he writes contracts and the way a project price is communicated to an owner. 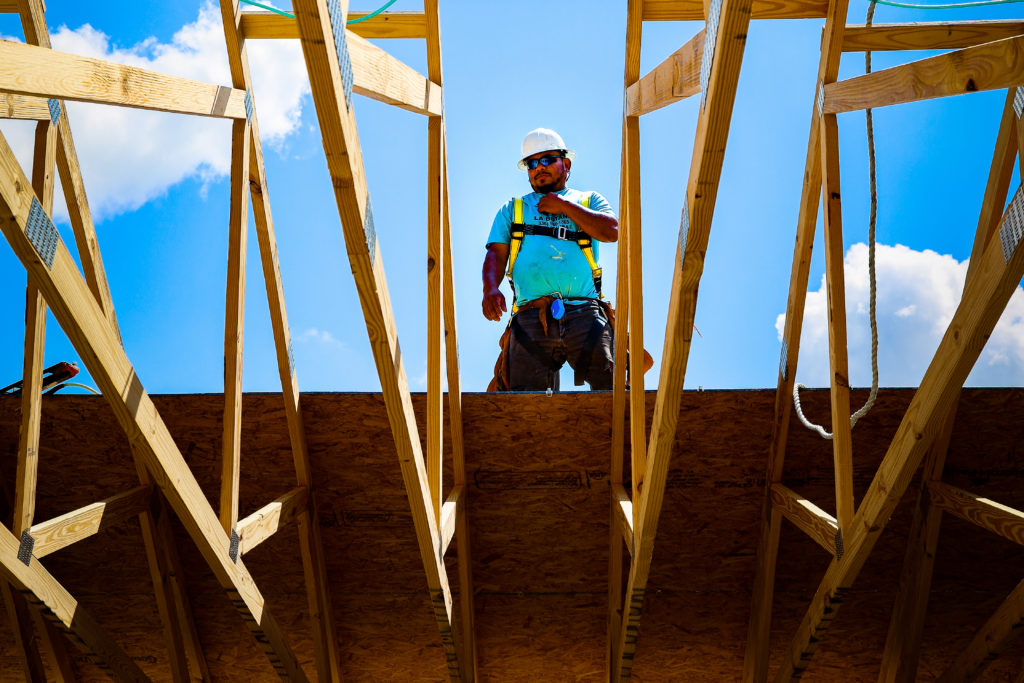 “We try to spell out which items are firm and which materials are volatile. Today we could have X amount included for lumber, but we have no way to lock that price in – and we won’t know what it will actually cost until the day it’s shipped to the job site. The way we communicate our costs with owners has required a lot more care and attention,” said Masten.

He said it’s hard to see a silver lining during such volatile times,

“I think everyone’s just trying to do their best to hold on. There is a responsibility on our side to let a project owner know where the risks are, and if we’re not communicating about volatility, then I don’t believe we’ve done our job.”

Fourth Elm is delighted to be mentioned in the Triad Business Journal for our work on Burke Mill Village in Winston-Salem, NC. This is an exciting multi-tenant project. 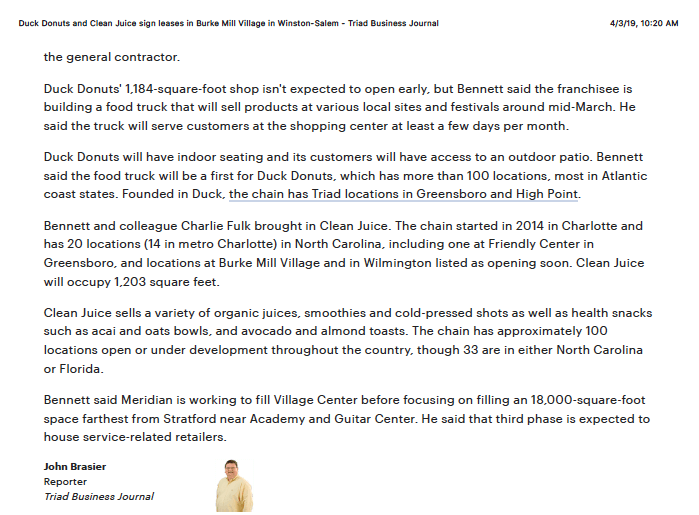